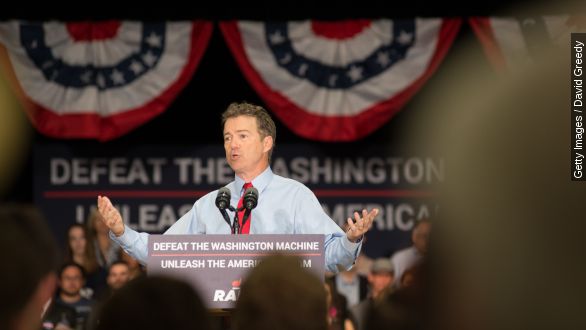 Presidential hopeful Rand Paul — who’s promised “a new set of ideas” — just hit the campaign trail with this one.

For fans of the “West Wing,” the concept will sound familiar.

On the hit show, President Bartlet and his staff also devised a plan for tax-deductible tuition. But unlike the Bartlet administration, which planned to raise taxes on the wealthy, the Kentucky senator hasn’t offered any specifics on how to pay for his tax plan.

Worth noting, the tax code already provides for tax-deductible tuition for some. Families with a combined income of less than $160,000 per year can deduct up to $4,000 in tuition costs.

“I'd like to do is to see the first two years of community college free for everybody who's willing to work for it,” President Obama said.

While in Iowa, Paul also took a shot at President Obama’s plan to provide two free years of community college for students who maintain good grades — a plan critics have dismissed as a pipe dream.

Paul, who is a proponent of small government, also wants to eliminate the Department of Education and do away with Pell Grants.