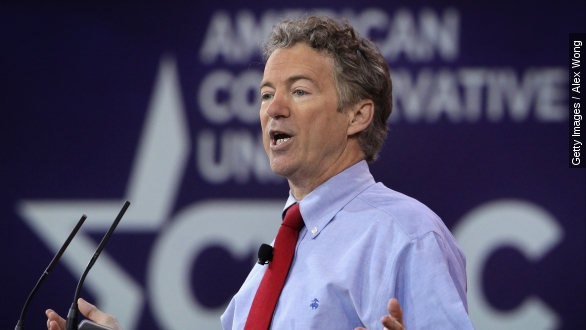 Don't know if that counts as an official announcement but it looks an awful like Kentucky Sen. Rand Paul will be announcing his presidency on Tuesday. On Sunday afternoon, Paul released this video featuring sound bites from various political pundits and politicians praising the 2016 hopeful.

In the video, Paul outlines some of the things he believes separate him from other Republican candidates, such as his attempts to reach out to young voters, his nearly 12-hour-long filibuster during CIA Director John Brennan's nomination and his Republican outreach center in inner-city Detroit.

Paul has a rally scheduled for Tuesday in Louisville, Kentucky. He's expected to announce his candidacy there. The rally in his home state will be followed by similar events in swing states around the country — New Hampshire, South Carolina, Iowa and Nevada.