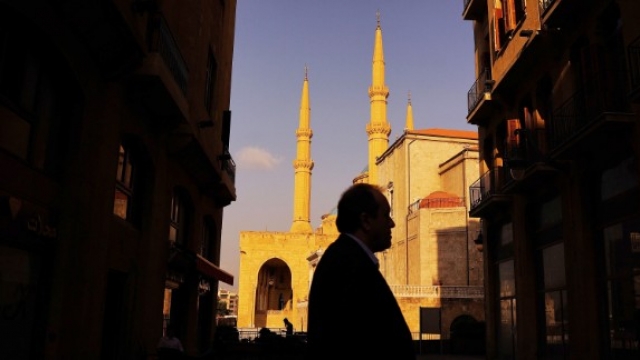 SMS
Ramadan Meals Are Sparse As Food Prices Surge In Lebanon
May 8, 2021
People in Lebanon are struggling this Ramadan as the price of food increases amid the pandemic.
SHOW TRANSCRIPT

Food prices are sky high in Lebanon. That’s made for a difficult Ramadan, which features a big meal to break the daily fast. This year, many people are facing empty refrigerators and even scavenging through dumpsters.

Abdulrahman gets in his taxi and cruises the streets of Beirut for customers, but the quest for his daily bread comes up empty It’s the holy month of Ramadan when families break the daily fast at sunset.

"With corona and rising prices, this is the most difficult Ramadan of my life," said the taxi driver, Abdulrahman Takkoush.

Every one in his family has had coronavirus, Abdulrahman twice. His 94-year-old father, Badr, is still bedridden from the disease. Making ends meet has never been harder for many people here. The economy is in free fall, food inflation is running at up to 400 percent and the currency, the Lira, has lost around 80 percent of its value against the dollar.

Ghumra Takkoush, a Beirut resident, said: "This Ramadan, there are no sweets."

Tonight’s meal is supplemented by food donated by others. Even her ten year old granddaughter, Tia is able to list Lebanon’s many woes.

Tia, Ghumra Takkoush's Granddaughter: Corona, the revolution, the port blast, inflation and the dollar, she says.

Mona Hallak runs the American University of Beirut’s neighborhood initiative, focusing on helping the needy in the Capital’s Ras Beirut district, one of the city’s wealthiest. Even here, times are getting tougher.

Mona Hallak, American University of Beirut's Neighbourhood Initiative: People are not helping as much because everyone has his own problems now. We don't even dare to go and look for more because we will find more, we will find many many more families.

Just a few blocks away, Khadja puts together the makings of a simple salad for the evening meal, the Iftar The rest of the food leftovers from residents of her building where her husband, Ali, works as a concierge. Before the economy collapsed, his monthly salary of $400,000 Lira was more than $260. Now just over $30, which is a little more than a dollar a day.

Beruit resident Khadija Khreiss said: "Before we could buy oil, medicine, yogurt, meat, chicken and milk for my kids and have something left over." Now, says Khadija, "We can barely afford anything."

But Ramadan is even more difficult for Ali, a Syrian from Aleppo, who fled during his third year in law school. He combs through the rubbish for plastic and metal to sell and food. Today, he found a bag of bread for this wife and two daughters

Ali, Syrian refugee: Every year, Ali says, is more difficult It’s a holy month, but for Lebanon, a hard one as well.