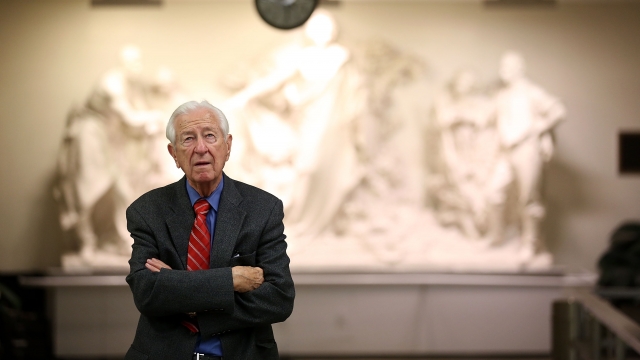 Ed Valentine, Hall's longtime strategist, told The Associated Press that Hall died at his home in Rockwall, Texas. Valentine said Hall wasn't suffering from any long-term health problems. He was 95.

Hall was elected to to represent Texas 17 times and was one of the last two World War II veterans to serve in Congress. The other, former Rep. John Dingell, died last month at the age of 92.

Hall left the House in 2014 after he lost re-election to Rep. John Ratcliffe. He was a member of the House Energy and Commerce Committee and served as the House science committee's chairman in 2010.

Hall lived through dozens of major events in U.S. history, including the Great Depression. He once told The Washington Post he'd sold cigarettes and Coca-Cola to Bonnie and Clyde, the infamous bank robbers, while he was working at a Rockwall drug store as a young boy.

Sen. Roy Blunt remembered the congressman on Twitter, saying: "Ralph Hall was always a great person to work with. He was always looking for a way to get something done."

Texas Gov. Greg Abbott also issued a statement. He said Hall "represented the best of the Lone Star State and will be forever remembered as one of the finest Texans to ever serve our great nation."