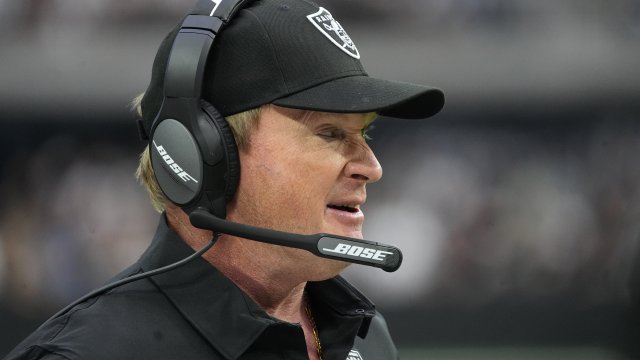 The emails were reviewed by The New York Times.

This comes days after The Wall Street Journal reported on an email from 2011 in which Gruden used racist language to describe DeMaurice Smith of the NFL Players Association.

Gruden has since apologized for his "insensitive remarks" about Smith — saying he made them out of frustration over the lockout.

The latest emails came between 2011 and 2018 while Gruden was an analyst for ESPN.