Rage Rooms Feel Good, But They Might Make You More Stressed 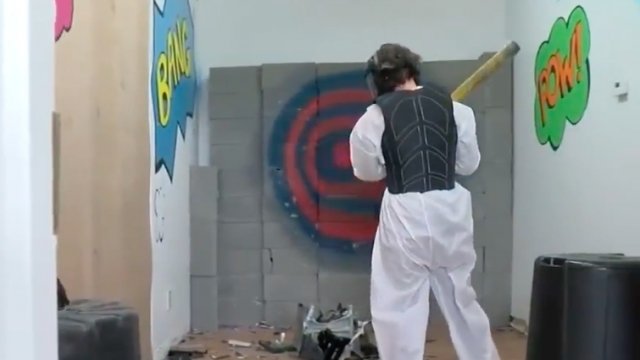 SMS
Rage Rooms Feel Good, But They Might Make You More Stressed
By Lindsey Theis
By Lindsey Theis
December 21, 2018
Rooms where patrons pay to smash and break things to vent anger may seem like an healthy option this stressful time of year, but are they helpful?
SHOW TRANSCRIPT

Smash rooms, rage rooms, or anger rooms — no matter what name they go by, they all have the same goal: be a place where patrons can beat stress by literally beating things.

"People are feeling really angsty. Politics is crazy right now. People are starting to surface all at once, and everyone is just like, ‘What do I do with this energy?’ — and breaking stuff really kind of does the trick," says Nick Kreifels, who co-owns a rage room called "Le Smash".

Around the stressful holiday season, these rooms may seem like a good place to burn off steam. A 2015 survey found sixty-two percent of people said their stress level was “very or somewhat” elevated during the holidays. Dr. Michael Ziffra, a psychiatrist with Northwestern Memorial Hospital agrees: this time of year, we have a lot to be stressed about.

But mental health experts aren’t sold on whether these rooms really help with stress. In fact, in some cases, they might just reinforce aggression. The debate involves catharsis theory, a topic studied as far back as 1959. Catharsis theory holds that if you act out angry feelings, you might lower later aggression.

But it's not clear that it works. In one experiment, researchers subjected participants to 10 minutes of insults, and then asked people to release their stress by hammering nails, or by doing nothing. Participants who hammered nails were reportedly more hostile afterward. 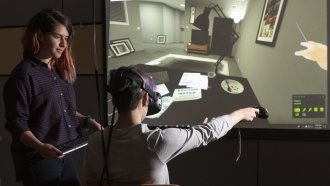 Need A Lesson In Empathy? Strap On A VR Headset.

And more recently in a 2002 study, scientists had participants hit a punching bag and think about the person who had angered them and report how angry they felt afterward. They also reported being angrier.

"There are two facets of it. One being that the breaking things it's not really solving the problem. You know again it maybe provides a temporary release but it's really not doing anything to address the key issue that's causing the anger. So you're just leaving a key issue unresolved. And then there's the second piece which is just that sort of emotions tend to often feed off of each other. So if you're doing something that's very aggressive and destructive you know those feelings are likely to persist after you stop it," Ziffra says.

Ziffra says sure, you might get some physical exercise while you're throwing some glass bottles or hitting a vacuum against a wall.  But ultimately, when it comes to handling stress or mental wellness, consider things that get you less fired up.