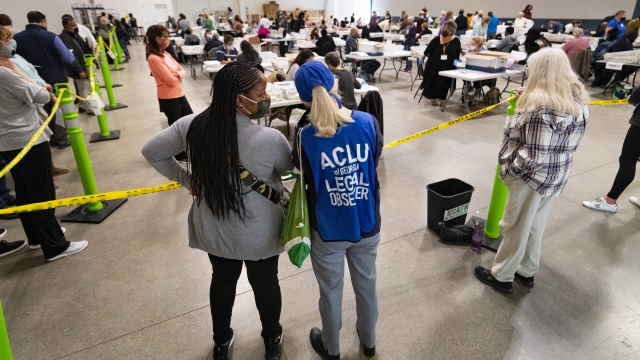 24,000 Georgia Republicans voted absentee in the state's June primary, but did not vote in the general election.

In Georgia, the state is recounting votes because of the slim margin between President Trump and Biden.

Now the state's Republican secretary of state says President Trump's attack on mail-in voting may have cost him the election there.

Those 24,000 votes he's referring to are the number of Georgia Republicans who voted absentee in the state's June primary, but did not vote in the general election.

Another Georgia county found more than 2,700 missing votes yesterday, but Biden still leads by more than 12,000 in the vote count.

Counties must complete the recount by midnight tonight so the state can certify results by Wednesday.