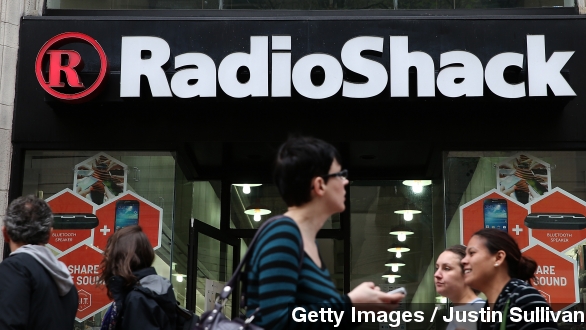 RadioShack announced it would file for bankruptcy Thursday, after nearly a century of supplying America's technological needs.

RadioShack was once the go-to store for anything electronics related. But the rise of e-commerce websites like Amazon made much-needed or hard-to-find tech much more accessible.

One business analyst laid out the state of the company pretty bluntly to USA Today, "This is the end. There's nothing to say. It's history. It's a dinosaur. It's a has-been."

Bloomberg reports 2,000 RadioShack locations will be sold to Sprint Corp. and its largest shareholder, Standard General. The nearly 4,000 remaining locations are expected to be shuttered.

So the RadioShack brand will apparently live on in the stores that will go to Sprint, but it's not clear what those locations will look like after everything is settled.

The Wall Street Journal blames "strategic confusion" on putting the chain further in the hole. Last year, it wanted to close more than 1,000 locations, but one of it's lenders, Salus Capital Partners, refused to let it do so because it reportedly lacked confidence the business strategy would work.

Some outlets have reported that Amazon.com has considered buying some of RadioShack's locations as it begins to push into traditional retail.