Radicalism Thrives When Immigrants Are Isolated And Rejected 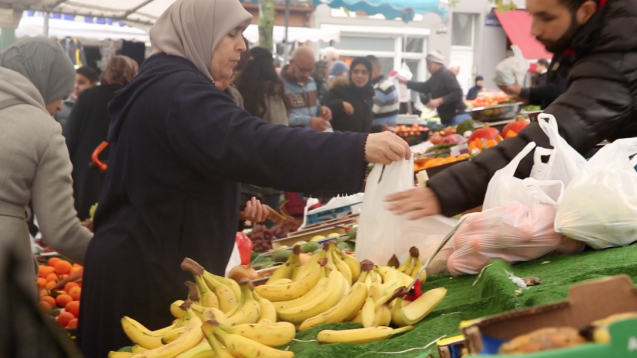 SMS
Radicalism Thrives When Immigrants Are Isolated And Rejected
By Zach Toombs
By Zach Toombs
November 23, 2015
In France and Belgium, many young Muslims remain unintegrated with the country's broader society and are left with few opportunities.
SHOW TRANSCRIPT

The men who carried out the attacks on Paris weren’t from Syria or Iraq. They were from Europe — from neighborhoods ignored and isolated in French and Belgian society and left to become breeding grounds for radicalism.

"I think France has a problem," said Pape Diop, a Muslim immigrant and restauranter in Paris. "That it has currently forgotten to manage the second generation of immigrants."

“The young people have not been integrated in Belgian society," said Nabil Moujahid, a teacher and former Molenbeek resident. "And that’s what creates the current problem.”

The attacks were planned here, in Molenbeek, a suburb of Brussels with 30 percent unemployment, triple the national average. In France, unemployment for immigrants is almost twice as high as the nationwide rate.

For young Muslims in these isolated communities, jobs are scarce. Schools are under resourced, and dropout rates are high.

Diop told us, “What happens is that they get closer to, maybe, mosques or they are approached by these extremists that tell them 'France doesn’t take care of you, we take care of you. We should go against the system and we should fight the system so that we can exist.'”

It’s not just an economic problem — there are cultural factors at work. Polling shows us many Muslims in Europe don’t see themselves as European, even if they were born and raised there.

Nabil Moujahid is a teacher who lived in Molenbeek for seven years.

"At no moment we have made an effort to integrate them," Moujahid said. "Now, their parents tell them “you are from Morocco,” “you are Turkish,” etc. So, that feeling is exacerbated and, in the end, that makes young people from the second or third generation have trouble integrating themselves to Belgian society, although they themselves are Belgian."

There is a good model for this integration — it’s the U.S. America produces far fewer radicals who try to join ISIS in Iraq and Syria, though of course geography plays a role there too. And, in contrast to Europe, America’s Muslim population sees itself as primarily American.

“One can keep a part of one’s culture and adopt the values of another," Moujahid said.