Races In Ohio And Kansas Are Still Too Close To Call 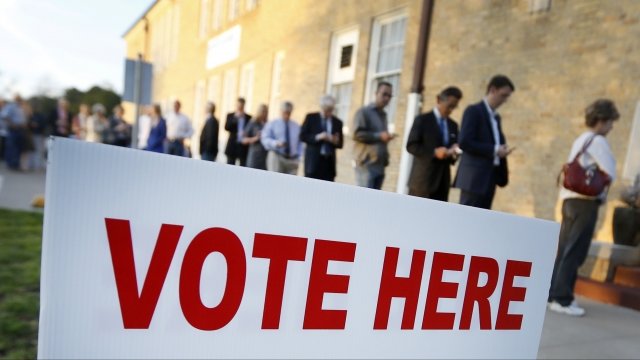 Trump claimed the race a victory for Balderson on Twitter, calling it "a great win." But even with 100 percent of precincts reporting and Balderson edging out O'Connor by 0.9 percentage points, there could still be a recount.

That's because there's more than 3,000 provisional ballots that still need to be counted. So O'Connor could pick up enough votes to force a recount, which Ohio law requires if the difference between two candidates is equal to or less than 0.5 percent.