Paul Ryan's Achievements Are On The Line In Wisconsin's Midterms 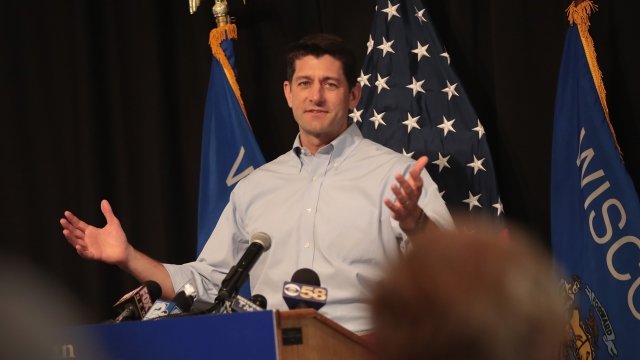 SMS
Paul Ryan's Achievements Are On The Line In Wisconsin's Midterms
By Matt Picht
By Matt Picht
August 14, 2018
House Speaker Paul Ryan's decision to retire has left his seat up for grabs in the 2018 midterm.
SHOW TRANSCRIPT

The race to replace retiring Speaker of the House Paul Ryan is taking shape in Wisconsin, and Ryan’s biggest accomplishments in Congress could be at stake.

Ryan leaves his 20-year career in Congress just after shepherding a major tax bill through the House. And he has tapped a successor who has pledged to defend the bill, as well the conservative agenda he has championed.

Ryan has endorsed his former political aide Bryan Steil for the nomination from a crowded GOP field. Steil is a member of the University of Wisconsin's Board of Regents and works as a lawyer for manufacturing firms. He's cited his business experience as a model for how he'll govern in Congress. 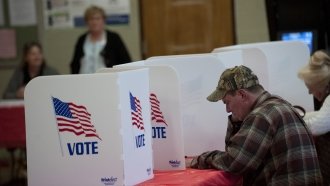 Democrats are smelling a pickup opportunity, in what could be a huge symbolic rebuke to Ryan's agenda. Republicans still have the edge in the race, but election handicappers like the Cook Political Report say Democrats' odds have improved since Ryan's retirement.

The Democratic contender for the seat is iron worker Randy Bryce, whose early campaign against Ryan attracted national attention and plenty of funds. Bryce now has to find a way to sustain that momentum without Ryan in the race — and ward off attacks about his personal finances and arrest record.

Bryce is championing the sort of pricey progressive programs that would have been anathema to Ryan, including a $15 minimum wage and Medicare for All. He's also opposed to Ryan's tax reforms, which could be imperiled if Democrats manage to retake Congress.

Bryce is also a veteran of Wisconsin's once-strong union scene, which has seen its political muscle decimated under Republican Gov. Scott Walker. Union membership in the state has dropped from around 14 percent to 8 percent since 2010, according to the Bureau of Labor Statistics.

But if Democrats can't count on the unions to put them over the top, Republicans might not be able to rely on the White House for a boost either. A recent NBC-Marist poll pegged President Trump's approval rating in the state at around 36 percent of registered voters, with disapproval at 52 percent.