Race in the Classroom: The Debate Over ‘Critical Race Theory' 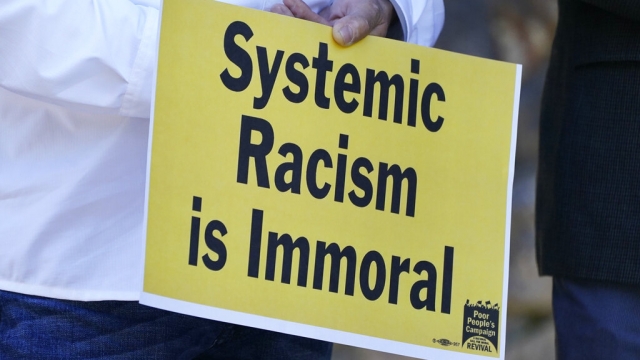 SMS
Race in the Classroom: The Debate Over ‘Critical Race Theory'
By Amber Strong
By Amber Strong
May 24, 2021
Three words — critical race theory — have dominated much of the national discussion on race lately. But what is it exactly?
SHOW TRANSCRIPT

Three words — critical race theory — have dominated much of the national discussion on race lately.

Much of the debate comes down to questions about what is and what isn’t critical race theory. And when and how students should begin to learn about racism in America.

"Often people think about racism as individual acts of bias or bigotry. But really, CRT helps us understand the ways that racism is a system," said Dr. Jioni Lewis, an associate professor of counseling psychology at the University of Maryland.

Born out of the civil rights movement, critical race theory started as a way of examining laws through the lens of race and how laws can keep the powerful in power. It’s since spread to other disciplines, exploring how racism has impacted life throughout history and today.

Erlanger Turner and Jioni Lewis are both psychology professors, and say it’s important for teachers to understand CRT as they foster the next generation of doctors, bankers; the people who will one day decide whether a certain business will be approved for a loan or who gets what kind of medical attention.

"It's really important for many of us who are training mental health care professionals, or folks in the health care professions more broadly, to have that critical understanding of racism, so that they don't perpetuate racism in the care and treatment they provide to patients," said Lewis

But much of the nation’s debate isn’t at the collegiate level, but centered on whether CRT... or anything close to it...  should be used in lessons for middle and high school students.

"Critical race theory is not appropriate for our kids to learn," said South Dakota Gov. Kristi Noem during an interview with Fox News.

"We’re heaping all of this garbage on them, what effect is that going to have in the long run?" former Secretary of Housing and Urban Development Dr. Ben Carson also told Fox.

Governors or lawmakers in at least seven states have pushed measures aimed at keeping concepts like systemic racism and White privilege out of the classroom.

"Teaching kids to hate their country and hate each other is not worth one red cent," said Florida Gov. Ron DeSantis.

"We can't always have conversations around race that are pleasant. So I think that's the piece that people don't want to experience,”  Turner, an assistant professor of psychology at Pepperdine University, said of the backlash.

Lewis says there is a difference between teaching actual CRT to students, which in most cases isn’t happening, and banning discussions on racism. And from a psychological standpoint…

"It's important for them to learn that racism exists, because we see there's studies and reports about children as young as five years old who are experiencing racism in the schools," said Lewis.

As Newsy has previously reported, there are gaps in curriculum when it comes to issues of race.

"Critical race theory is important, because it now sort of highlights that these things have occurred within American society. We now try to discount those who tried to acknowledge those. And that acknowledgement is important for us to be able to heal," said Turner, who is a contributing author to a new book on CRT.

Opponents say concepts like systemic racism put students in a mindset of either victim or oppressor. Others have said limiting what teachers can teach is anti-American in and of itself. It’s a debate that isn’t going away any time soon.

Correction: An earlier version of this report incorrectly listed Dr. Jioni Lewis as a co-author of a new book on Critical Race Theory. This story has been updated.