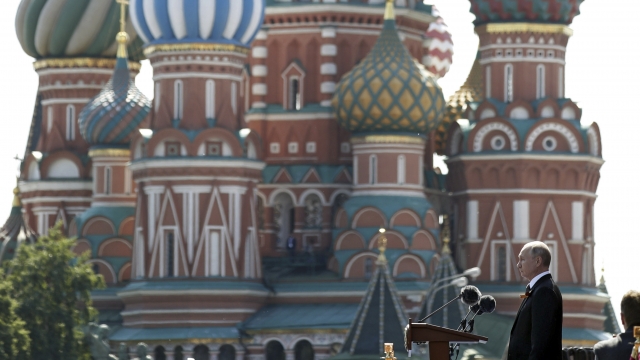 Questions are mounting after a bombshell report that a Russian military intelligence unit paid the Taliban bounty to kill U.S. and coalition forces in Afghanistan.

"The big picture here is that Russia hasn't been deterred in any way and, in fact, has become far more aggressive in terms of its subversive activities, hybrid war-style activities against the United States and our allies," says Alina Polyakova, President and CEO of the Center for European Policy Analysis.

Looming over the report: concerns about how much President Donald Trump knew, why, and when. The New York Times reported that alerts on the ground started as early as January, with a high-level meeting convening at the White House in March.

The president said denied ever being briefed and likened the report to another possible "Russia Hoax.” In a letter to the CIA and the director of national intelligence, House Speaker Nancy Pelosi urged answers to why the president and Congress weren’t briefed.

"You would think that the minute the president heard of it, he’d want to know more instead of denying that he knew anything," Pelosi told ABC.

Former members of the intelligence community highlight the president’s unusual stance toward Russia.

"We have a president who goes out of his way to say pro-Russian things. Who wants Russia back in the G-7 against the wishes of almost all of our allies. President Trump diminishes NATO at virtually every chance he gets. Trump's attitudes toward Russia are not those of pretty much the entire U.S. national security establishment, whether Democratic or Republican," says former NSA intelligence officer John Schindler.

In Moscow, the Kremlin’s spokesperson called the report “nothing but lies.” But the special unit said to have orchestrated the bounty program inside its military intelligence agency, known as the GRU, has been linked to other dangerous schemes.

"This particular unit of the GRU, unit 29155, has actually been tied to a lot of really high-profile assassinations and assassination attempts in Western Europe, including United Kingdom, France, Germany, Czech Republic," says Sim Tack, chief military analyst at Stratfor.

Russia’s relationship with the Taliban is also nothing new.

"Although the Russians basically just want the U.S. out of Afghanistan, there is a desire for payback going back to the 1980s and our support to the Afghan resistance against the Soviets back then. Ancient history, but not in Moscow," says Schindler.

In years past, Russia has reportedly helped to arm the Taliban. But it remains unclear how many U.S. and coalition troops may have been targeted or harmed in the bounty program.

"If these reports are true, it could indicate that this was more part of an operation to destabilize Western efforts than it was about Afghanistan itself," says Tack.

"The fact that the Russian government is sponsoring these activities, that they're letting them play out in the open like this, signals that Russia still sees the United States as its No. 1 enemy, first and foremost, I think. But two, that they don't expect there to be any pushback or any retribution or any consequences for these activities," Polyakova says.