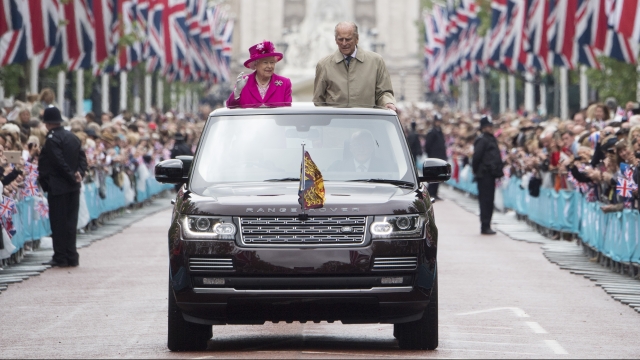 SMS
Queen To Be Evacuated If Unrest Breaks Out Over No-Deal Brexit
By Katherine Biek
By Katherine Biek
February 4, 2019
If unrest breaks out in London over a no-deal Brexit, the queen and her husband could reportedly be evacuated to a secret location.
SHOW TRANSCRIPT

British authorities are reportedly preparing to evacuate members of the royal family if unrest  breaks out in London over a no-deal Brexit.

The U.K. is less than two months away from its scheduled exit from the European Union, which doesn't give Prime Minister Theresa May much time to get all parties on board with the same divorce plan.

Last week, British lawmakers directed May to reopen negotiations with the EU over the controversial Northern Ireland backstop. But EU leaders have repeatedly said they aren't willing to renegotiate the Brexit deal they signed last year.

If no Brexit deal gets passed before the deadline and people start rioting in the streets, The Sunday Times says officials have "repurposed" a Cold War-era emergency evacuation plan that would get Queen Elizabeth II and her husband, Prince Philip, out of London and to a secret location.

According to the Daily Mail, this evacuation plan is a "worst case" scenario type of thing, and it would reportedly only be used if there was a threat to the royal family's safety.

Buckingham Palace refused to comment on the reports Sunday.