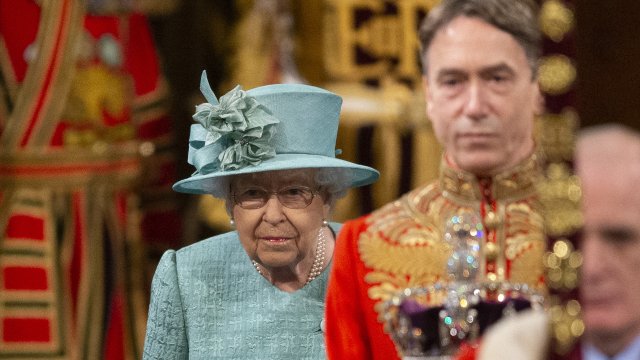 "My Government’s priority is to deliver the United Kingdom’s departure from the European Union on 31 January," declared Queen Elizabeth II on in her speech on Thursday.

Queen Elizabeth II made it clear: Full speed ahead on Brexit. That is exactly what Prime Minister Boris Johnson hopes to deliver.

The Queen gave her customary speech ahead of a new parliamentary session. The speech outlined what the government wants to tackle, with several issues tied to the U.K.'s departure from the European Union. Given Conservatives' 80-seat majority, the party has an ambitious to-do list.

One of the most pressing concerns is trade. The queen wants the government to negotiate trade deals with other world powers, such as the U.S. But it has to sort out its future relationship with the EU. The withdrawal agreement — which has the U.K. departing Europe on Jan. 31 — calls for 11 months of trade negotiations.

That's not a lot of time to work on a trade deal, according to officials. European Commission President Ursula von der Leyen called that timeline "extremely challenging."

There are also plans for a new immigration system. A new bill would end the free movement of EU citizens, requiring them to go through the same checks as non-EU immigrants. It also calls for a points-based immigration system to assess a visa applicant's credentials for entry.

The Queen's speech also touched on several key domestic issues, including health care and terrorism. In total, the government is proposing 30 bills this session. Seven of them relate to Brexit, and Parliament will be on the clock to ensure they meet the Queen's wishes.