Queen Approves Proposed Law That Would Allow Brexit To Happen 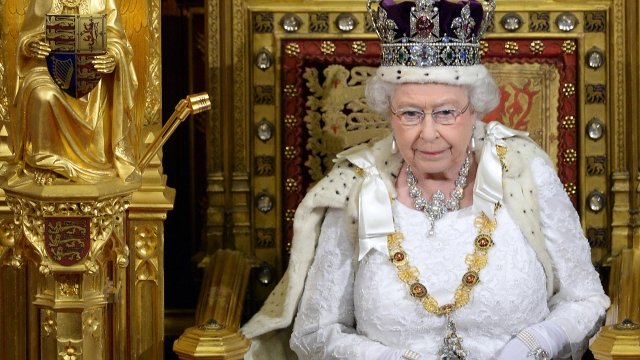 SMS
Queen Approves Proposed Law That Would Allow Brexit To Happen
By Jake Jones
By Jake Jones
June 26, 2018
The law is expected to give Prime Minister Theresa May a better negotiating stance with EU officials.
SHOW TRANSCRIPT

Queen Elizabeth II has approved the bill that would allow the United Kingdom to leave the European Union, making it law.

The law repeals the 1972 act that made the U.K. a part of the EU in the first place. The law is also expected to give Prime Minister Theresa May a better negotiating stance with EU officials.

That's important because the actual divorce bill hasn't been finalized. There's still a strong debate between a "soft Brexit," where the U.K. keeps some EU membership benefits, and a "hard Brexit," in which the U.K. isn't a part of the EU on any level.

May is expected to gather her Cabinet the first week of July to discuss details of a post-Brexit trade deal with the EU.