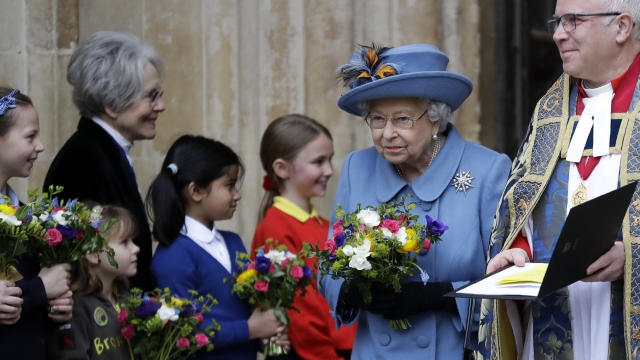 Queen Elizabeth II is taking steps to protect herself and others amid the coronavirus pandemic.

The 93-year-old will leave London for Windsor Castle on Thursday. That's a week earlier than she planned to leave for Easter. Buckingham Palace said it has canceled or postponed scheduled public events involving the royal family, but the queen will still meet with U.K. Prime Minister Boris Johnson and others this week.

The annual Maundy Service at St. George's Chapel in April and several of the queen's garden parties set for May have been canceled.

Officials will make calls on other events, like June's Trooping the Colour, at a later time.

According to Johns Hopkins University, the U.K. has more than 1,900 confirmed coronavirus cases.