Qatari Spokesman: 'No Good American' Would Allow Sanctions To Continue 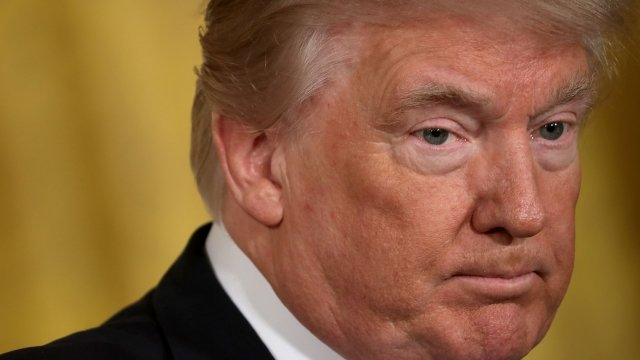 SMS
Qatari Spokesman: 'No Good American' Would Allow Sanctions To Continue
By Jake Jones
By Jake Jones
June 25, 2017
The U.S. has sent mixed messaging on its stance.
SHOW TRANSCRIPT

Qatar wants help from the U.S. in getting out from under sanctions.

Speaking to The Hill, a Qatari defense spokesman said, "I know President Trump is a good man. No good American man would ever view the humanitarian issue that this blockade is posing on the people of Qatar, and would stand still."

But so far, Trump has stood still — sort of. Let's recap how we got here.

Earlier this month, seven countries sanctioned Qatar in what amounted to a blockade. The countries say Qatar supports terrorist groups. Qatar denies that.

The U.S. has important military and diplomatic ties to Qatar as well as the countries sanctioning it.

Qatar is home to a large U.S. air base that serves as a main staging area for operations in the Middle East and the fight against ISIS.

Additionally, the U.S. recently inked a new arms deal with the country. Secretary of Defense Jim Mattis signed a $12 billion deal to sell Qatar up to 36 F-15 Eagle fighter jets.

And during his first foreign trip as president, Donald Trump signed a $110 billion arms deal with the Saudi government.

But playing peacemaker could be a hard move for the U.S. The Trump administration hasn't been unified on its view of the sanctions.

Trump seemed to take credit for the blockade against Qatar on Twitter, saying his visit was "already paying off. They said they would take a hard line on funding extremism, and all reference was pointing to Qatar."

The same day Trump called out Qatar in a press conference, Tillerson held his own to say, "We call on the Kingdom Saudi Arabia, the United Arab Emirates, Bahrain and Egypt to ease the blockade against Qatar. There are humanitarian consequences to this blockade." 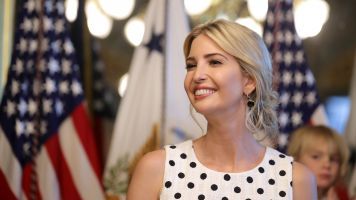 It looks like the countries imposing the sanctions may be ready to talk, though. Late last week, the Saudi-led coalition gave Qatar a list of demands to lift the blockade.

Some of those demands, first published by The Associated Press, included paying a fine, closing all state-funded media, curbing ties to Iran and cutting contact with opposition groups in neighboring countries.

Qatar has said it won't negotiate until the sanctions are lifted. Trump previously offered to host negotiations at the White House.