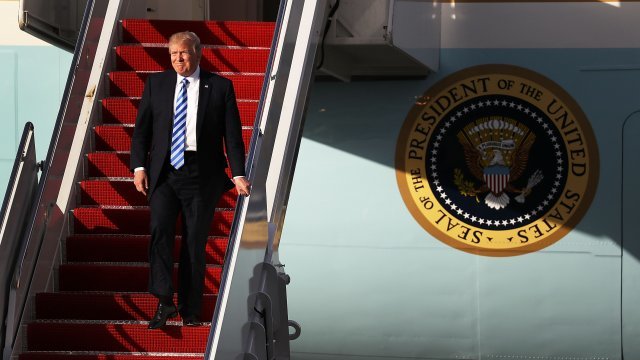 SMS
Trump Is About To Take A 17-Day Vacation; Let's Put That Into Context

By Jake Godin
August 4, 2017
While Donald Trump's 17-day vacation is certainly his longest yet, it's only the latest of his many trips outside the White House.
SHOW TRANSCRIPT

Once again, President Donald Trump is getting out of Washington, D.C. — this time for a 17-day vacation at a golf course he owns in New Jersey.

Whether this will be his "first" vacation depends on how you define "vacation."

Trump has managed to visit his clubs in Virginia, New Jersey and Florida at least 41 times total, according to one online tracker.

That comes out to Trump spending part or all of 21 of his first 28 weekends in office at Trump properties. 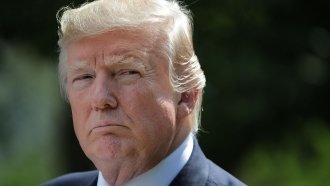 Senate Blocks Trump From Making Any Appointments During August Break

If that sounds like a lot, that's because it is. By this point in Barack Obama's presidency in 2009, he spent about 15 days away from the White House. By the end of his first year, he was at 26.

By one estimate, Trump's weekend jaunts away from the White House have cost taxpayers about $55 million so far. In contrast, in all eight years in office, Obama spent about $97 million on those sorts of trips.

That price tag covers costs like security and flying Air Force One.

And notably, spending time away from the White House is something Trump often criticized Obama for on Twitter.