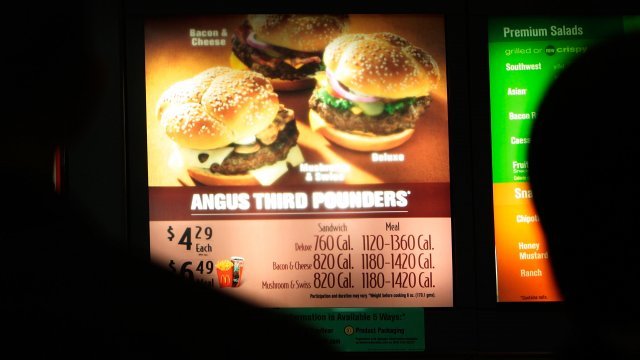 Now that the Food and Drug Administration is requiring all chain restaurants with at least 20 locations to include calorie counts on their menus, it's worth revisiting the question: Do they actually help fight obesity?

The evidence that calorie labels lead to healthier choices is pretty mixed. Some studies show people eat fewer calories when the information is on the menu, while others show the calorie labels are usually ignored.

Cochrane, an organization of health experts, recently reviewed the research and concluded that menu labels lead people to eat about 50 fewer calories per meal.

That's not much, but FDA head Scott Gottlieb cited that finding while defending the new menu guidelines. He argued shaving 50 calories off each meal adds up in the long run. 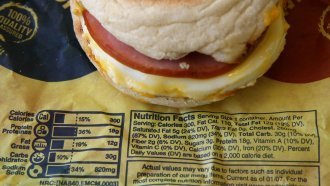 More Restaurants Will Have To Show Calorie Information

But the Cochrane report wasn't quite as optimistic, saying the findings came from "a small body of low-quality evidence." The report's authors said better research is needed, especially since most studies on menu labels are conducted in labs, not in real-world settings.

And that 50 or so calories per meal? Menu labels can be off by more than that in either direction.

Consumer groups and news outlets occasionally check up on restaurants by buying meals and sending them to the lab to get tested. The tests show menu labels can be off by dozens or even hundreds of calories.

Large national chains tend to be more accurate since they're more standardized, but calorie counts can still vary from store to store. Smaller local or regional chains, like the ones now required to put calorie counts on their menus, have an even tougher time. So why use menu labels at all?

For one thing, even if consumers don't change their orders very much, they still agree the labels should be there. And the mere threat of having to show calorie info may incentivize restaurants to cut back on high-calorie ingredients.

And finally, as the authors of the Cochrane report pointed out, calorie labels at restaurants at least don't hurt anything. No evidence suggests they lead to people eating more calories.