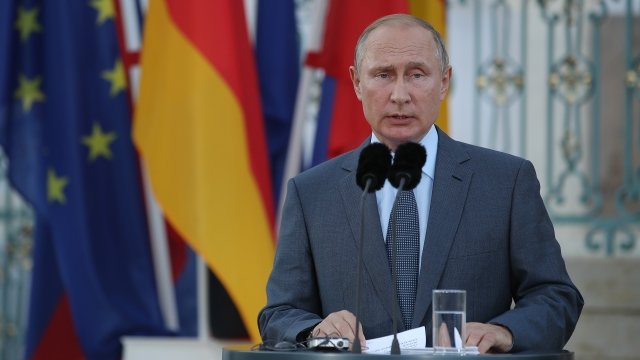 By Katie Cammarata
December 5, 2018
NATO members Tuesday said Russia violated the terms of a decades-old nuclear arms treaty with the U.S. and gave the country 60 days to be compliant.
SHOW TRANSCRIPT

If the U.S. backs out of a Cold War-era nuclear arms treaty with Russia and develops new missiles, President Vladimir Putin warns that Russia will too.

There's a bit to dig into here. Decades ago, the U.S. and Russia signed the Intermediate-range Nuclear Forces Treaty that said they wouldn't develop land-based nuclear missiles with certain distance ranges.

Well, on Tuesday, the U.S. and other NATO members officially accused Russia of violating that pact, saying the country developed a banned missile system. They gave Russia 60 days to return to "full and verifiable compliance" or else the U.S. will pull out of the deal.

Putin called the threat a "reckless decision" and claimed there isn't actually any proof that Russia has developed the missile system. He said: "We do not agree with the destruction of this deal. But if this happens, we will react accordingly."