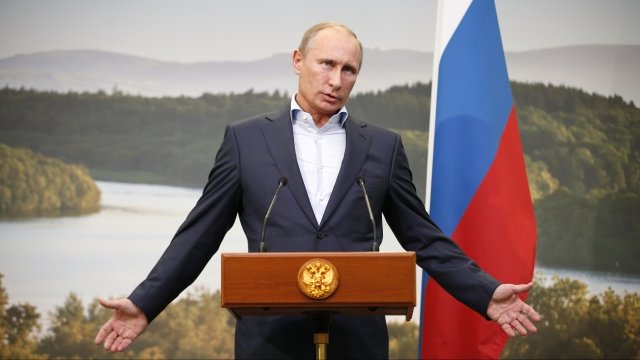 By Katherine Biek
September 12, 2018
U.K. prosecutors charged two Russian nationals earlier this month in connection with a nerve agent attack on an ex-spy and his daughter.
SHOW TRANSCRIPT

Russian President Vladimir Putin says the two men who've been charged in connection with a nerve agent attack in the U.K. earlier this year are not criminals.

The two Russian nationals were charged with multiple counts,  including the use and possession of the nerve agent novichok contrary to the Chemical Weapons Act, and the attempted murder of a former Russian spy and his daughter.

Sergei and Yulia Skripal were rushed to a hospital in critical condition back in March after they were found slumped over on a park bench in Salisbury.

Moscow's repeatedly said it had nothing to do with the attack. On Wednesday, Putin talked about the two suspects saying, "We know who they are, we have found them. ... There is nothing special there, nothing criminal, I assure you."

British prosecutors said they won't ask Russia to extradite the two suspects. But U.K. authorities have issued European arrest warrants for them.