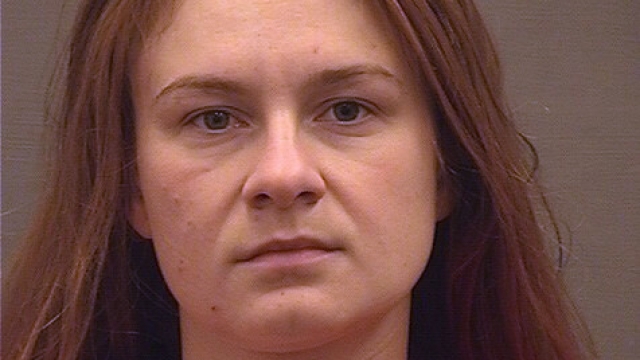 SMS
Putin Says He's 'Outraged' About Maria Butina Sentencing
By Briana Koeneman
By Briana Koeneman
April 28, 2019
Butina pleaded guilty in December to one count of conspiring to act as a foreign agent without registering with the U.S. government.
SHOW TRANSCRIPT

Russian President Vladimir Putin said on Saturday he is "outraged" about the sentencing of Russian national Maria Butina.

Butina pleaded guilty in December to one count of conspiring to act as a foreign agent without registering with the U.S. government. She was sentenced to 18 months in prison on Friday.

Putin told reporters that "in order not to look totally stupid" American prosecutors "fixed her up with an 18-month sentence to show that she was guilty of something."

Butina admitted to plotting with a senior Russian official to influence U.S. politics by exploiting her personal connections and infiltrating American organizations, including the National Rifle Association.

She was arrested by the FBI in July and has been behind bars ever since. She agreed to work with prosecutors as part of her plea deal.

Butina's legal team had asked for a sentence of time served. She will get credit for the nine months she's already spent in prison but will have to complete the remaining nine months.

Butina will be deported back to Russia after finishing her prison sentence.