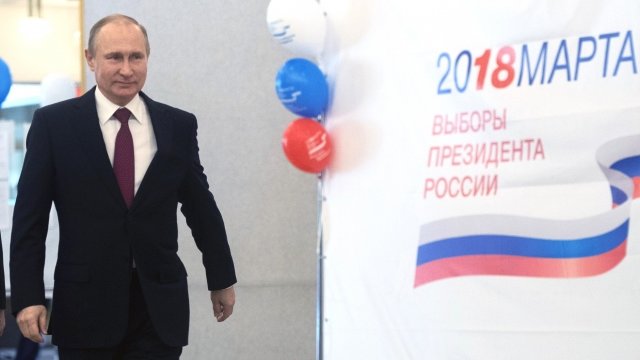 Russian President Vladimir Putin got everything he wanted out of Russia's latest election. He coasted to victory with nearly 77 percent of the popular vote and had an official turnout of about 67 percent of voters.

Russia's election system means Putin's victory was never in doubt. But the size of the win gives his agenda a strong popular mandate going into his fourth term as president.

The results will probably bolster Putin's adversarial approach to the West. Putin's most notable bit of campaigning before the vote was a display of new nuclear missiles meant to reassert Russia's role on the world stage. 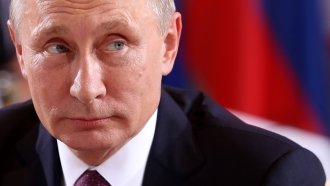 Putin has cast himself as a restorer of Soviet-era triumphs. And nostalgia for Russia's bygone days as a global superpower played a significant role in his re-election campaign.

To that end, Russia is currently embroiled in conflicts in Syria and Ukraine, accused of meddling in Western elections, and facing allegations in a high-profile poisoning in the U.K. Don't expect those tensions to ease up in the immediate future.

A less pressing but arguably more important issue for Putin is figuring out what happens when his term is up. Russia's constitution obliges Putin to step down after his term ends in 2024, but few observers expect Putin to just hand over power.

Putin could take a page out of Chinese President Xi Jinping's book and abolish his own term limits, but so far he's been publicly reluctant to consider that.

His other options are to appoint a successor or transition into a more behind-the-scenes role. He tried that in 2008 by handing the presidency to current prime minister Dmitry Medvedev. But Putin reportedly didn't relish the experiment and quickly returned to power in 2012.