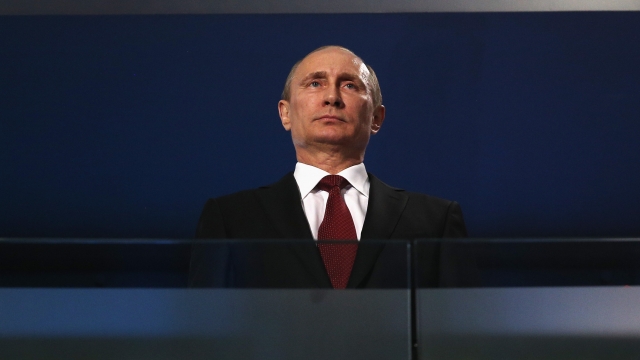 Russian President Vladimir Putin warned on Monday that his country will follow the U.S.'s lead if it starts to develop missiles that were previously banned under the Intermediate-Range Nuclear Forces Treaty.

Putin's comments came after the Trump administration withdrew from the decades-old nuclear arms contract on Friday, causing it to expire.

Land-based nuclear missiles with ranges of 310 miles to 3,420 miles were banned under that treaty — which was signed by President Ronald Reagan and Soviet General Secretary Mikhail Gorbachev back in 1987.

The American government has been accusing Russia of violating the treaty since 2014. Russia denies those accusations, and Putin formally pulled his country out of the deal in July.

Putin said in a statement Monday, "If Russia obtains reliable information that the United States has finished developing these systems and started to produce them, Russia will have no option other than to engage in a full-scale effort to develop similar missiles."

Defense Secretary Mark Esper's already confirmed plans to "fully pursue the development" of conventional missiles that would have been prohibited under the deal. He noted that development of such missiles is still in the early stages, but multiple outlets report the U.S. is gearing up to test a ground-launched cruise missile and an intermediate-range ballistic missile later this year.