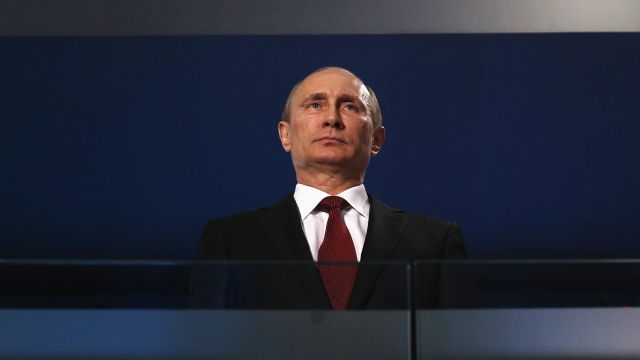 Russia is following the U.S.'s lead after it tested a missile that was previously banned under the Intermediate-Range Nuclear Forces Treaty.

Russia is following the U.S.'s lead after it tested a missile that was previously banned under the Intermediate-Range Nuclear Forces Treaty.

His comments came less than a week after the Pentagon successfully tested a ground-launched cruise missile off the coast of California.

It's the U.S.'s first such missile test since the Trump administration withdrew from the Cold-war era treaty with Russia earlier this month. Land-based nuclear missiles with ranges of 310 miles to 3,420 miles were banned under that agreement.

The American government has been accusing Russia of violating the treaty since 2014. Russia denies those accusations, and Putin formally pulled his country out of the deal in July.

Putin's response to the test isn't surprising. He'd already warned Russia would "have no other option than to engage in a full-scale effort to develop similar missiles" if the U.S. started to produce weapons that were banned under the old treaty.