Putin Gets G20 Scolding As Ukraine Cuts Services In East 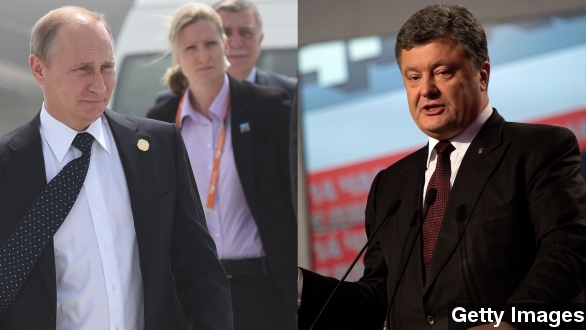 In the wake of Russian military forces allegedly once again moving into eastern Ukraine earlier this week, the Ukrainian government has moved to shut down state services in some rebel-held areas.

It's unclear the extent to which the affected services, which include hospitals and schools, have been in operation during the conflict. (Video via ODN)

Separatist rebels in Donetsk seized the government's regional administration building months ago, and have since held elections and organized their own people's republic. (Video via VICE)

But the move could put more pressure on Donetsk and rebel held Lugansk's self-established governments.

Despite calling for more autonomy, RT reports Lugansk's government has called the government's decision an act of "genocide" in the face of the oncoming harsh winter months.

Fighting between Ukrainian and separatist forces has continued throughout the last few months, flying in the face of a ceasefire agreement signed in September. (Video via Radio Free Europe/Radio Liberty)

All of this while Russia's president Vladimir Putin was in Brisbane for the G20 summit this weekend. Critics say he has escalated the conflict by supplying rebels with weapons and equipment, in addition to sending in troops. (Video via The Guardian)

Australian Prime Minister Tony Abbott had pledged to confront Putin face-to-face about his role in the Ukrainian conflict, but instead the two shared a cordial handshake, and even had a photo-op carrying koala bears. (Video via ABC Australia)

That exchange somewhat summed up the bulk of Putin's interaction with fellow world leaders — a lot of talk criticizing the Russian president, but when it came to face-to-face meetings, it was mostly smiles and handshakes.

Interestingly, the most confrontational exchange seems to have been with Canadian Prime Minister Stephen Harper.

CHRIS HALL, CBC: "Putin approached the prime minister and extended his hand. McDonald said Harper accepted, saying, 'I guess I'll shake your hand, but I only have one thing to say to you. You need to get out of Ukraine.'"

Putin has already left the G20 summit, which concludes on Sunday.