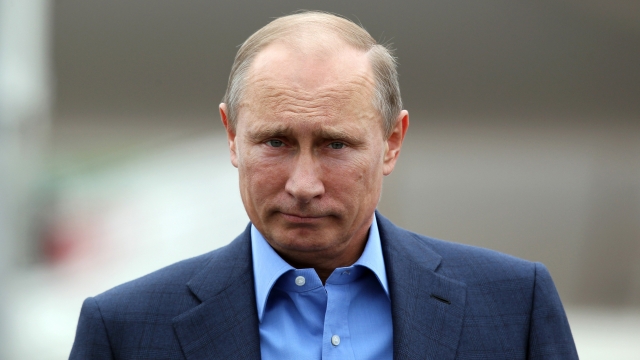 SMS
Putin: Missile Strikes On Syria Deal 'Serious Blow' To US-Russia Ties
By Katherine Biek
By Katherine Biek
April 7, 2017
The U.S. fired missiles at a Syrian air base Thursday in response to what is believed to be a chemical attack on Syrian civilians earlier this week.
SHOW TRANSCRIPT

The U.S. fired almost 60 Tomahawk missiles at an air base in Homs late Thursday. The missiles were launched from two U.S. Navy destroyers in the Mediterranean Sea. At least six people were killed.

The strike was in response to what is believed to be a major chemical weapons attack in Syria earlier this week that killed more than 80 people. The Trump administration says Syrian President Bashar al-Assad ordered the attack.

But in a statement, the Kremlin said Syria does not have chemical weapons.

A spokesperson said Putin sees the U.S. strikes "as an act of aggression against a sovereign state delivered in violation of international law under a far-fetched pretext." 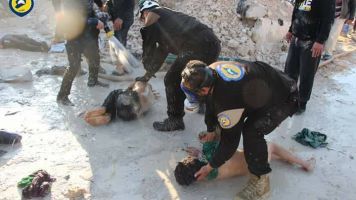 Iran, who along with Russia is a major Syrian ally, was also critical of the U.S. strikes.

The U.S. has received support from many other countries, including Saudi Arabia, Turkey, Japan, Australia, Israel and the U.K.