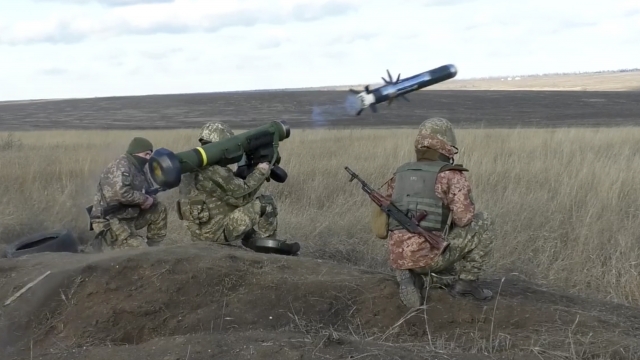 The planes take off almost daily from Dover Air Force Base in Delaware — hulking C-17s loaded up with Javelins, Stingers, howitzers and other material being hustled to Eastern Europe to resupply Ukraine’s military in its fight against Russia.

The game-changing impact of those arms is exactly what President Joe Biden hopes to spotlight as he visits a Lockheed Martin plant in Alabama on Tuesday that builds the portable Javelin anti-tank weapons that have played a crucial role in Ukraine.

But Biden’s visit is also drawing attention to a growing concern as the war drags on: Can the U.S. sustain the cadence of shipping vast amounts of arms to Ukraine while maintaining the healthy stockpile it may need if a new conflict erupts with North Korea, Iran or elsewhere? 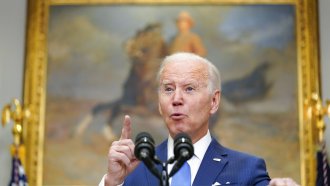 The U.S. already has provided about 7,000 Javelins, including some that were delivered during the Trump administration, about one-third of its stockpile, to Ukraine, according to an analysis by Mark Cancian, a senior adviser with the Center for Strategic and International Studies international security program. The Biden administration says it has committed to sending about 5,500 to Ukraine since the Russian invasion more than two months ago.

Analysts also estimate that the United States has sent about one-quarter of its stockpile of shoulder-fired Stinger missiles to Ukraine. Raytheon Technologies CEO Greg Hayes told investors last week during a quarterly call that his company, which makes the weapons system, wouldn’t be able to ramp up production until next year due to parts shortages.

“Could this be a problem? The short answer is, ‘Probably, yes,'” said Cancian, a retired Marine colonel and former government specialist on Pentagon budget strategy, war funding and procurement.

He said that Stingers and Javelins were where "we’re seeing the most significant inventory issues," and production of both weapons systems has been limited in recent years.

The Russian invasion offers the U.S. and European defense industry a big opportunity to bolster profits as lawmakers from Washington to Warsaw are primed to increase defense spending in response to Russian aggression. Defense contractors, however, face the same supply chain and labor shortage challenges that other manufacturers are facing, along with some others that are specific to the industry. 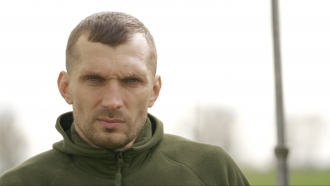 Ukrainian Civilians Use Drones To Help Fight Against Russian Forces

Military spending by the U.S. and around the world was rising even before Russia’s Feb. 24 invasion. President Biden’s proposed 2023 budget sought $773 billion for the Pentagon, an annual increase of about 4%.

Globally, total military spending rose 0.7% to more than $2 trillion for the first time in 2021, according to an April report from the Stockholm International Peace Research Institute. Russia ranked fifth, as its spending on weapons increased ahead of its invasion of Ukraine.

The war will mean increased sales for some defense contractors, including Raytheon, which makes the Stinger missiles Ukrainian troops have used to knock out Russian aircraft. The company is also part of a joint venture with Lockheed Martin that makes the Javelins.

President Biden will visit Lockheed Martin's facility in Troy, Alabama, which has the capacity to manufacture about 2,100 Javelins per year. The trip comes as he presses Congress to quickly approve his request for an additional $33 billion in security and economic assistance for Kyiv, Western allies and restocking weapons the U.S. has sent to those countries.

The president is expected to use his remarks to highlight the importance of the Javelins and other U.S. weaponry in helping Ukraine's military put up a vigorous fight as he makes the case to keep security and economic assistance flowing.

Pentagon press secretary John Kirby said Monday that America’s military readiness is not dependent on one system, such as the Javelin. He said that every time the Pentagon develops a package of weapons to send to Ukraine, the chairman of the Joint Chiefs of Staff and the department assesses the broader impact.

Cancian, the former government specialist on defense budget strategy, said the fact that Stingers and Javelins were not included in the most recent tranche of weapons the Biden administration announced it was sending to Ukraine could be a sign that Pentagon officials are mindful about inventory as they conduct contingency planning for other possible conflicts.