How Bankruptcy Can Protect Companies From Lawsuits 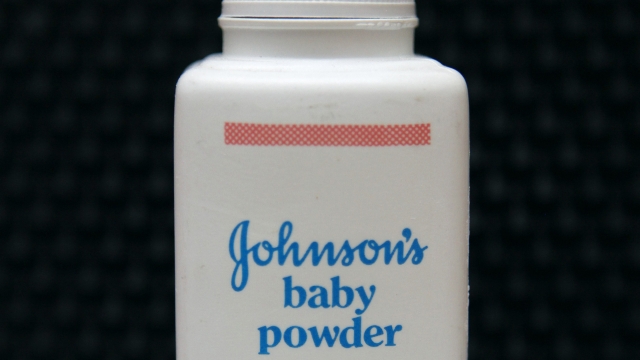 Companies can dodge legal consequences using a bankruptcy process, but critics ask if this just relieves them of accountability.

Large companies like Purdue Pharma, Johnson & Johnson and 3M have been embroiled in high-profile lawsuits, and their responses have become the subject of controversy — namely, when companies declare bankruptcy in the face of major civil lawsuits.

While these companies sometimes argue that declaring bankruptcy makes things more efficient for getting payouts to plaintiffs, critics of the practice say the process is being used to skirt accountability and halt legal action.

When a business in debt files for Chapter 11 bankruptcy, it allows the company to reorganize itself. The company sells some or all of its assets in order to stay afloat.

A crucial piece of this process is called an "automatic stay;" it basically halts any actions the creditors can take against the group in bankruptcy, like further lawsuits. This piece is the key to the controversial bankruptcy practice seen recently, which is sometimes called the "Texas Two-Step."

The first step in the Texas Two-Step is when a company splits itself in two. The company then dumps all its liabilities into the new entity, while holding onto all of their original assets.

Next, the new entity declares bankruptcy and gets a shield against any further action from the creditors or plaintiffs. The big original company no longer needs any restructuring, while the new, smaller company becomes responsible for paying back the debts or settling lawsuits in bankruptcy court.

This process is nicknamed after Texas because the practice has been legal there since the '80s — although, as of a few years ago, it's been joined by Delaware. Outside of those two states, the move would actually be considered a "fraudulent transfer."

That hasn't stopped major corporations from trying it. One major example is the ongoing case with Johnson & Johnson.

Late last year, Johnson & Johnson used the Texas Two-Step to block about 38,000 lawsuits related to claims that its talc baby powder had cancer-causing asbestos. Just days after their new spinoff company, LTL, was formed in Texas, the new company declared bankruptcy. A U.S. Court of Appeals is currently deciding whether LTL's bankruptcy was filed in good faith and whether it should be allowed to protect Johnson & Johnson from any lawsuits involving talc powder.

It's the first major bankruptcy of a rocky economy that many experts think could be headed for recession.

In many of these cases, time is precious. Many plaintiffs are cancer patients who cannot afford to wait for the case to end to see justice. The New Yorker estimated that in the 11 months since Johnson & Johnson filed for bankruptcy, an average of one plaintiff a day has died waiting to see if their case would ever be heard.

A company attorney argued this would actually benefit victims by producing a faster settlement, instead of letting the cases "play out" in civil courts. They also claimed that taking cases to civil court would reduce the money available for payouts.

But Reuters says internal documents they reviewed show an internal team was formed to halt all lawsuits and move all cases to bankruptcy court to keep plaintiffs competing for a more limited pool of money.

Sometimes, this process isn't playing out between one major company and a new subsidiary: Wealthy individuals or groups can use the same bankruptcy strategy.

In the summer of 2022, conspiracy theorist and internet personality Alex Jones filed for bankruptcy in Texas. This was after he was ordered by a jury to pay the parents of a child killed in the Sandy Hook school shooting nearly $50 million. The parents allege that Jones' claims of debt and inability to pay the families is fraudulent.

Another instance happened in 2019, when Purdue Pharma declared bankruptcy while facing a wave of lawsuits for the company's responsibilities for the opioid crisis and their distribution of OxyContin. A settlement was reached at the end of last year, but in this case, rather than use a subsidiary, Purdue is required to pay about $6 billion in damages. The only catch is the Sackler family itself, which owns Purdue, will be protected from any future liability.

Some lawmakers have been drawing more attention to the controversial bankruptcy cases, especially in the wake of Johnson & Johnson's filing.

"So far, this trick has hit asbestos victims, but once this Texas Two-Step strategy catches on, it could deprive all sorts of victims of the compensation they're due and undermine the integrity of other creditor-debtor relationships," Rhode Island Democratic Sen. Sheldon Whitehouse said. "Hiding assets in a bankruptcy is a serious wrong."