Purdue Pharma Says Opioid Settlement Talks Are Not Over 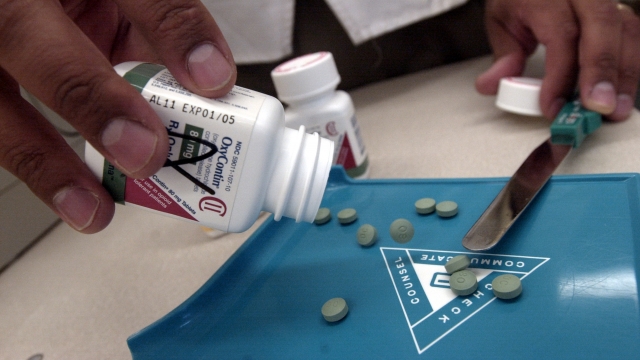 SMS
Purdue Pharma Says Opioid Settlement Talks Are Not Over
By Meg Hilling
By Meg Hilling
September 9, 2019
The company responded to reports that negotiations between the drug firm and lawyers had reached an impasse.
SHOW TRANSCRIPT

Negotiations are not over — that's the message from Purdue Pharma. The OxyContin maker is responding to reports that it's preparing to file bankruptcy rather than reach settlements over opioid lawsuits.

In a statement to NPR Sunday night, the drug firm said it "believes a settlement that benefits the American public now is a far better path than years of wasteful litigation and appeals." The company also said it will continue negotiations toward a resolution that's in the public interest.

This follows reports Saturday that talks toward a national settlement between the members of the Sackler family, who own Purdue Pharma, and lawyers representing local governments had reached an impasse. In an email obtained by the Associated Press, two attorneys general directly involved in the talks predicted that the company would be filing for bankruptcy “imminently.” The reason? The Sackler family declined an offer that would have forced them to pay billions of dollars to states to compensate for their role in the opioid epidemic.

The possibility of the drug firm filing for bankruptcy is not a new notion. In March, Purdue’s president and chief executive told the Washington Post that bankruptcy “is an option.”

With the trial set to kick off in October, the pressure for a settlement to be reached is growing for not only Purdue Pharma, but numerous other drug makers, distributors and pharmacy chains. Nearly 2,000 lawsuits filed by local governments, unions, hospitals, Native American tribes and lawyers representing babies born in opioid withdrawal have been consolidated into one case that will be overseen by a federal judge in Cleveland.