Maker Of OxyContin Has Fired The Rest Of Its Sales Team 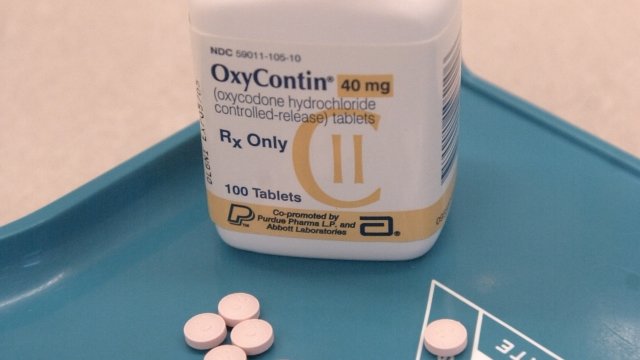 Purdue Pharma, the maker of OxyContin, has fired the rest of its sales team.

The company confirmed that about 350 employees were let go this week and that about half of that group was Purdue's remaining sales force. Purdue had already cut around half of its sales force in February.

The company also announced in February that it would stop promoting opioids to doctors. Multiple outlets report OxyContin is one of Purdue's best-selling drugs.

The pharmaceutical company is facing lawsuits from multiple states and local entities. Some of those lawsuits accuse the company of engaging in deceptive marketing practices and helping fuel the national opioid epidemic.

Purdue has denied those allegations.

The Centers for Disease Control and Prevention says opioids killed more than 42,000 people in 2016. And prescription opioids were involved in 40 percent of all opioid overdose deaths.