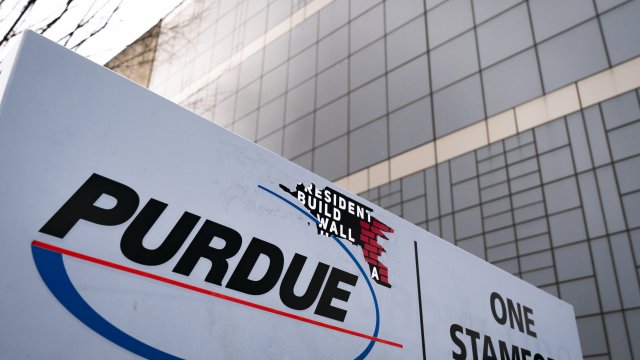 SMS
Purdue Pharma Asks Judge To Halt Opioid Lawsuits Against Sacklers
By Briana Koeneman
By Briana Koeneman
September 19, 2019
The OxyContin producer asked the judge to pause more than 2,600 lawsuits against the company and its owner, the Sackler family.
SHOW TRANSCRIPT

Purdue Pharma is asking a bankruptcy judge to halt hundreds of lawsuits against the company and its owner, the Sackler family.

The OxyContin producer made the request in a court filing Wednesday. It calls on the judge to pause more than 2,600 lawsuits against the company for about nine months. Those suits accuse Purdue Pharma of sparking the opioid epidemic by downplaying the level of addictiveness of OxyContin.

Purdue Pharma filed for Chapter 11 bankruptcy earlier this week, and an ask like this is pretty typical for a company in that situation. But requesting that the judge temporarily halt litigation against the Sackler family is unusual.

Purdue Pharma claims the protection is necessary so the company can continue to focus its attention and resources on a settlement plan the drugmaker reached with multiple states.

But critics argue the request is another attempt by Purdue Pharma to shield the Sacklers and avoid taking responsibility for the opioid crisis, which has killed hundreds of thousands of Americans over the last two decades.