Puerto Rico Is Getting Help, But It May Not Be Enough 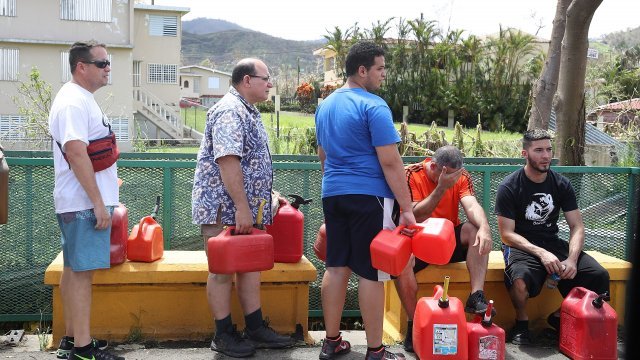 SMS
Puerto Rico Is Getting Help, But It May Not Be Enough
By Matt Picht
By Matt Picht
September 25, 2017
Hurricane Maria caused an estimated $20 billion in physical damage to Puerto Rico. The island will probably need help to recover from that blow.
SHOW TRANSCRIPT

The U.S. government is stepping up in response. Search and rescue teams supported by the Federal Emergency Management Agency, as well as the National Guard, have been on the ground providing aid. And the Trump administration is covering 75 percent of the island's cleanup and security costs. 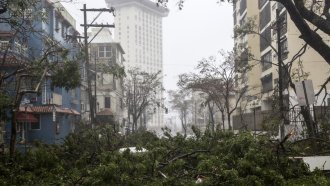 That aid will hopefully help stabilize Puerto Rico in the short term. But it probably won't be enough on its own for the island to recover from the more fundamental damage Maria left behind.

The storm caused an estimated $20 billion in physical damage. It's also dealt serious blows to key infrastructure like dams and power lines.

The effects of the storm could cause a $10 billion economic hit as well. One Puerto Rican farmer told The New York Times, "There is no more agriculture in Puerto Rico. And there won't be any for a year or longer."

And the island already had severe debt troubles before Maria hit; those financial woes could make it even harder for Puerto Rico to recover.

Congress and the White House both vowed to send additional aid to Puerto Rico. Discussions on that package could begin in the first week of October.