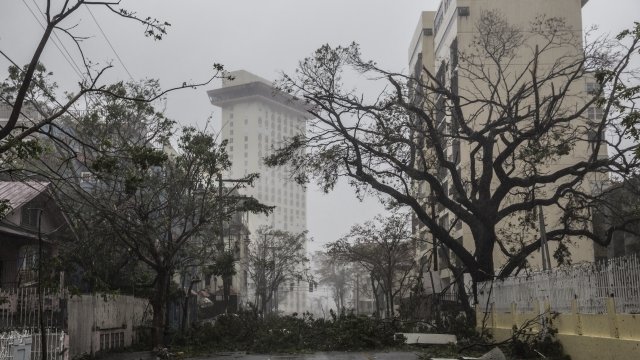 It's been almost 11 months since Hurricane Maria made landfall in Puerto Rico. And its government is just now admitting that the storm more than likely killed over 1,000 residents.

The official death toll had stood at 64 for months. But in a report released Thursday, the Puerto Rican government said it's revised its estimate to 1,427.

A spokesman for the Puerto Rican Federal Affairs Administration told The New York Times that while the 1,427 number is a "realistic estimate," the government isn't recognizing it as the official total just yet.

It's waiting on a death toll review the governor commissioned earlier this year from George Washington University.

The government's report released Thursday outlines the island's reconstruction plan following the hurricane — which includes updating the territory's electric grid. The island's electric provider tweeted Wednesday that 23 customers still don't have their power restored since it went out during the storm.