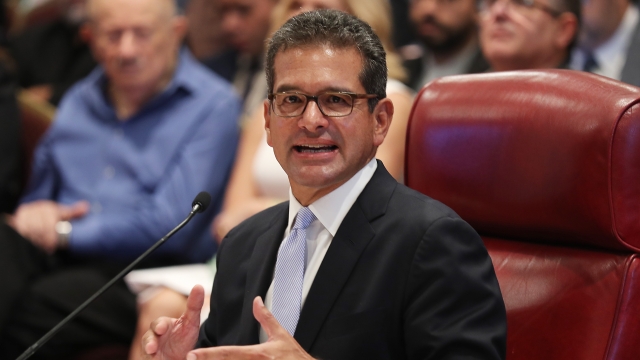 Puerto Rico's Supreme Court unanimously ruled Pedro Pierluisi is not the island's governor because he was sworn in on unconstitutional grounds. Secretary of Justice Wanda Vázquez announced Wednesday that she'll take over the governor's office.

The ruling came after Puerto Rico's Senate filed a lawsuit asking for Pierluisi's removal. The Senate argued Pierluisi's swearing-in was invalid because he didn't fully take over the secretary of state position before the former governor resigned.

Let's rewind a little: Pierluisi was sworn in Friday after Gov. Ricardo Rosselló officially resigned. Rosselló, the first elected governor of Puerto Rico to quit, stepped down after he and others participated in a group chat with offensive messages about his opponents and Hurricane Maria victims.

Vázquez, who previously said wasn't interested in the job, announced in a statement she'll take the position after all.

She became secretary of justice in 2017. Critics say she has limited political experience and failed to open investigations against political allies and members of her own party, including Rosselló.