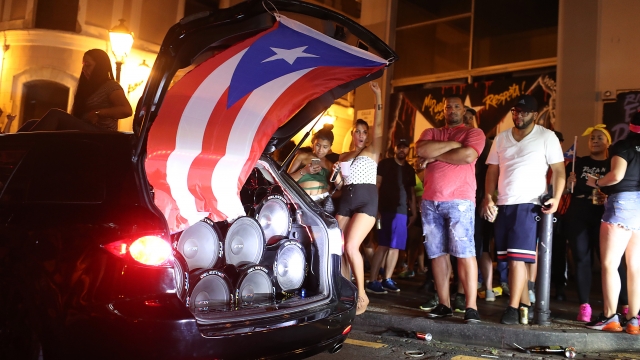 This is the moment Puerto Rico's governor announced he's stepping down.

His resignation comes a day after Puerto Rico's Justice Department issued search warrants to some government officials who were part of offensive group chats with the governor. The chats in question involved a number of public officials who exchanged misogynistic and homophobic messages.

Rosselló is dealing with other scandals as well. His government is in the middle of a federal corruption investigation, and he's facing criticism for the way his administration is handling Hurricane Maria recovery amid the island's massive debt.

For over a week, protesters took to the streets of Puerto Rico demanding Rosselló's resignation.

Prior to his resignation, Newsy spoke with Puerto Ricans about what comes next.

Newsy prompted Eduis Cuevas Leon, "Tell me which reforms you consider important for the new governor to make." He responded, "Health reform is one, then more employment. More employment."

"We’re tired of the abuse, of so much corruption, so many lies. This has helped unite our people and we realize that for the next elections we have to be more involved," said Maricé Rivera. "We have lots of things to work on and to resolve. I think that with Rosselló’s resignation we won’t resolve the bigger problem."

The island's Secretary of Justice Wanda Vázquez will take over as governor. She said she will be working with Rosselló for a "responsible and transparent transition process."