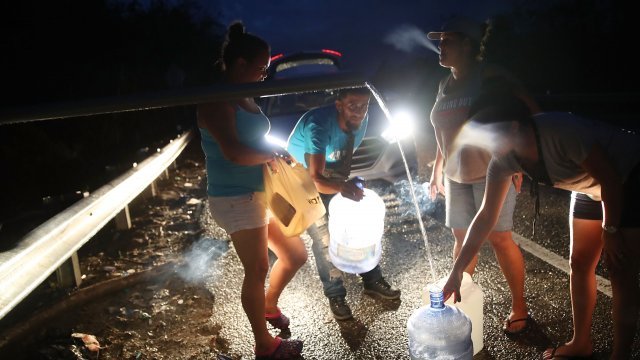 SMS
Puerto Rico Struggles To Provide Food And Clean Water
By Gabrielle Ware
By Gabrielle Ware
October 11, 2017
Officials say the government and its partners are providing about 200,000 meals a day for more than 2 million people.
SHOW TRANSCRIPT

Puerto Rico is struggling to provide food and clean water for its residents in the wake of Hurricane Maria.

Officials at the Federal Emergency Management Agency told The Guardian the government and associated partners are only providing 200,000 meals a day for more than 2 million people.

Many of those meals are pre-prepared military meals, which can be hard on digestion when eaten for more than a few days.

And FEMA's contract with the island’s largest supplier of cooked meals expired Tuesday, costing it 20,000 meals a day. It says it could take weeks to get a new contract. 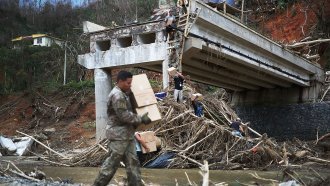 And Puerto Rico's problem with clean drinking water has cost people their lives. At least two people have died from leptospirosis, a bacterial disease spread by animal urine in drinking water.

The island's latest death toll is 45, and at least 113 more people are unaccounted for.

FEMA is responding to the ongoing water crisis by authorizing an additional $70 million in aid for Puerto Rico.