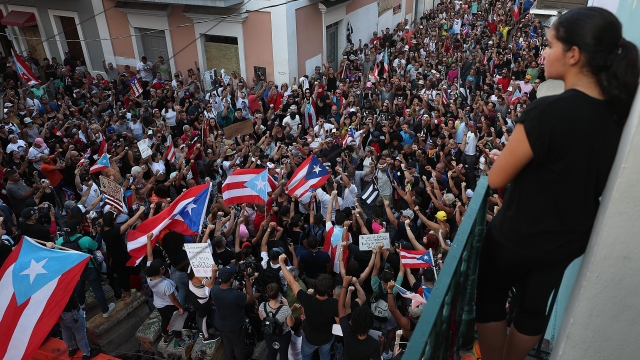 Protests erupted in Puerto Rico after crude chat logs involving the governor were leaked. But frustrations with the island's government have been growing for years, which is why some Puerto Ricans are calling for major change.

Arguably the biggest underlying problem is Puerto Rico's debt crisis. The economy really started taking a turn for the worse in 2006, when a federal tax break that had brought lots of manufacturing business to the island expired. From 2010-2018, the island's population decreased by 14%. In the summer of 2015, the island's government admitted it was unable to pay back $72 billion in debt. Government officials were choosing between making debt payments or providing social services. Ultimately, the island declared a form of bankruptcy in May 2017.

Then came Hurricane Maria. The nearly Category 5 storm made landfall in Puerto Rico on Sept. 20, 2017. Its impact was devastating, knocking out the entire power grid.

After the hurricane, recovery was slow. It took nearly a year to get electricity fully restored across the island. As of May 31, Congress had approved over $42 billion in recovery money, but only $13.6 billion had actually been paid out. And the Puerto Rican economy missed out on a large portion of that. A 2018 report found that in the year after the hurricane hit, 90% of the government contracts were awarded to companies on the U.S. mainland, not businesses in Puerto Rico. 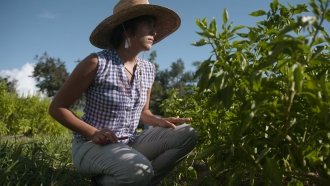 Then in July 2019, two former Puerto Rican government officials were indicted, alongside four others, for wire fraud and money laundering. Court documents allege the six defendants were part of a corruption scheme involving $15 million in federal funds.

Days after that story broke, Puerto Rico's Center for Investigative Journalism published nearly 900 pages of Telegram chats between Gov. Ricardo Roselló and others. The chats included vulgar, offensive and misogynistic language in discussions about political issues as well as other Puerto Rican leaders and celebrities.

So for many Puerto Ricans, the scandal surrounding Roselló's Telegram chats was just the final straw. Roselló has apologized for the language he used, but he's resisting calls to resign. Instead he's stepping down as his party's leader and said he won't seek re-election in 2020.