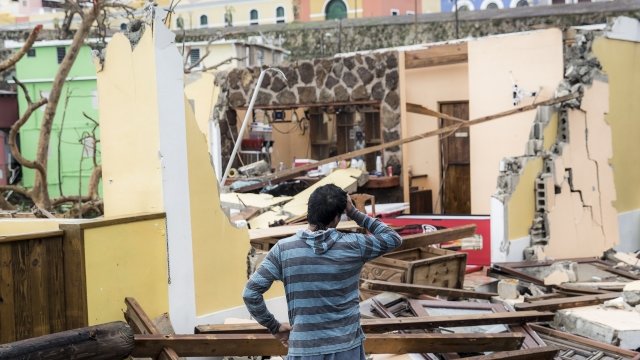 Puerto Rico's governor is ordering a review of all deaths that have occurred on the island since Hurricane Maria hit.

Gov. Ricardo Rosselló said in a statement Monday the number of deaths related to the devastating storm could be higher than the official toll, which currently stands at 64.

He added: "Every life is more than a number, and every death must have a name and vital information attached to it, as well as an accurate accounting of the facts related to their passing. That's the law."

After the Category 4 hurricane ravaged Puerto Rico in September, news organizations said the number of deaths related to the storm was likely much higher than the official death toll.

An investigation by CNN discovered nearly 500 deaths believed to be related to Maria.

And The New York Times found more than 1,000 people died in the weeks after the storm hit.

It's unclear when an updated number might be released.