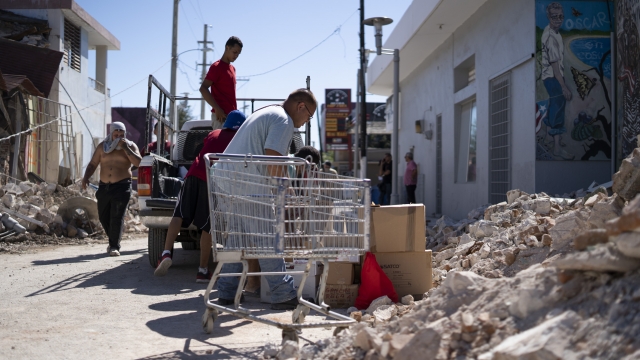 Puerto Rico's governor has fired two more government officials after the discovery of a warehouse filled with unused aid supplies.

Gov. Wanda Vázquez fired the housing secretary and the Department of Family secretary this weekend. They join the island's director of emergency management as those who have lost their jobs since the supplies were discovered Saturday.

A video shows thousands of cases of water bottles, diapers and boxes of emergency supplies that officials say could have been sitting in the warehouse since Hurricane Maria struck in 2017.

The governor said in a statement Saturday: "There are thousands of people who made sacrifices to bring aid to the south and it's unforgivable that resources have been kept in a warehouse."

Thousands in Puerto Rico are in need as the state continues to recover from a series of earthquakes and aftershocks that began in December.