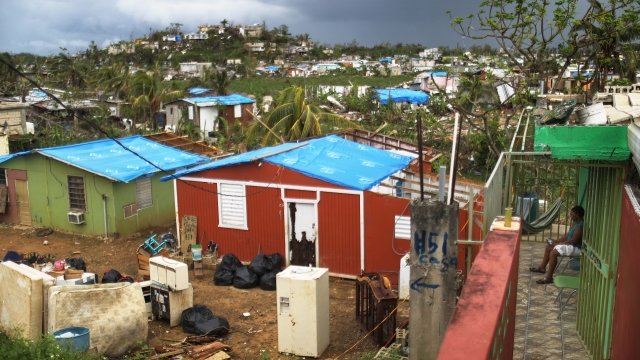 The announcement came after Gov. Ricardo Rosselló said Sunday he wanted the deal with Whitefish Energy scrapped out of public interest.

The contract given to Whitefish has been questioned for a few reasons. Whitefish reportedly only had two full-time employees at the time the contract was signed. A letter from several members of Congress says the company is heavily financed by a firm that's run by a Donald Trump campaign contributor. And, on top of all that, the company is based in Interior Secretary Ryan Zinke's hometown of Whitefish, Montana.

In a statement, Zinke denied any involvement with Whitefish receiving the Puerto Rican contract, noting that no one in the Interior Department advocated for the energy company. A Whitefish spokesman also previously said Zinke wasn't involved in securing the contract.

Whitefish was given a complicated task. Puerto Rico's power grid was in bad shape before Hurricane Maria. It's been over a month since the storm hit the island, and roughly 70 percent of the power grid is still down. 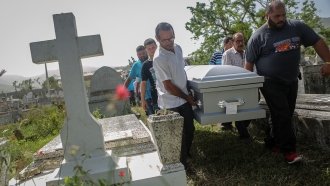 On Sunday, Ricardo Ramos, executive director of the Puerto Rico Electric Power Authority (PREPA), said starting the process to cancel Whitefish's contract doesn't mean the energy company did anything illegal. Instead, he said it's happening because of the controversy.

The contract requires 30 days' notice for cancellation, so Whitefish will continue working to repair two transmission lines in the meantime. Ramos said parting ways with Whitefish could delay efforts to restore power to Puerto Rico by as much as 12 weeks.

Rosselló said the island is now requesting help from utility companies in Florida and New York under a "mutual aid" arrangement.

In a statement, Whitefish said it was "very disappointed" that the governor asked PREPA to cancel the contract.

"The decision will only delay what the people of Puerto Rico want and deserve — to have the power restored quickly in the same manner their fellow citizens on the mainland experience after a natural disaster. We will certainly finish any work that PREPA wants us to complete and stand by our commitments knowing that we made an important contribution to the restoration of the power grid since our arrival on the island on October 2," the statement continued.