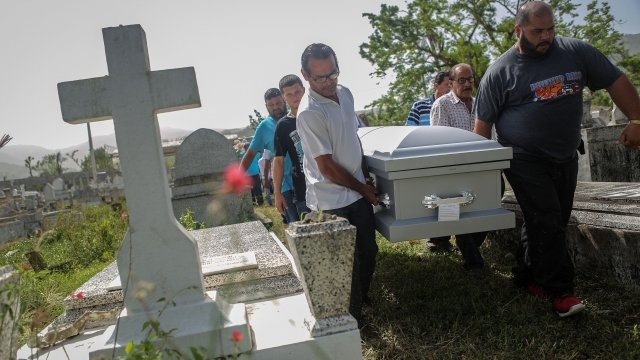 We may never know how many people died as a result of Hurricane Maria — and that's partly because it isn't clear what it means to die "as a result of" a hurricane, and not simply "after" it.

On Friday, the Puerto Rican government told news outlets it authorized 911 cremations following the storm. Officially, the deaths were due to "natural causes." But those bodies reportedly weren't examined by government medical examiners, and causes of death were determined by reviewing records.

"Natural causes" or "natural deaths" can include heart attacks or lack of oxygen. Whether or not a death is hurricane-related may actually be mostly up to whomever writes the report, and officials reportedly lack guidance or criteria on defining hurricane-related deaths. 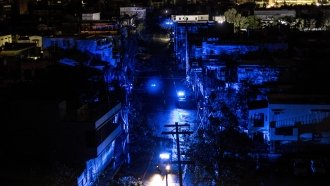 Why Some Want A US Energy Firm's Puerto Rico Contract Scrutinized

A disaster recovery expert told The Washington Post, "There's a lot of gray involved in how you will attribute any specific death during this time period."

As of Friday, Maria's official death toll in Puerto Rico was at 51. Causes of death reportedly include heart attacks, lack of oxygen, infection and suicide.