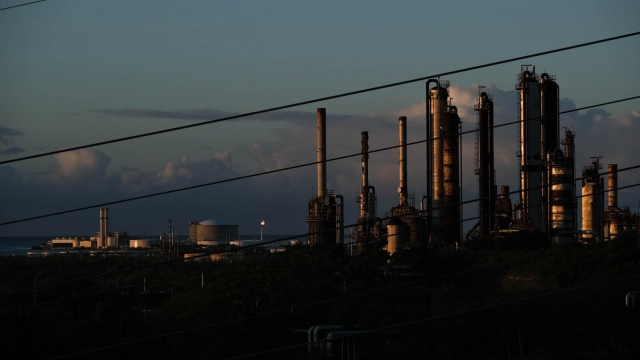 SMS
Puerto Rico's Largest Power Plant Could Take Up To A Year To Repair
By LeeAnne Lowry
By LeeAnne Lowry
January 10, 2020
The plant was damaged in a 6.4 magnitude earthquake Tuesday.
SHOW TRANSCRIPT

Puerto Rico's top energy executive says the territory's largest power plant could be offline for up to a year after a massive earthquake severely damaged it.

The second quake caused widespread blackouts. About half the island had power restored by Thursday, and all power is expected to be back by the end of the weekend.

The Costa Sur plant — which provides about a quarter of the island's power — is in a southern town close to the epicenter of the quake. The Puerto Rico Electric Power Authority says it will need to run all the other plants at full capacity to make up for that plant being out during its extensive repair process. The utility is also asking FEMA to provide temporary generators.