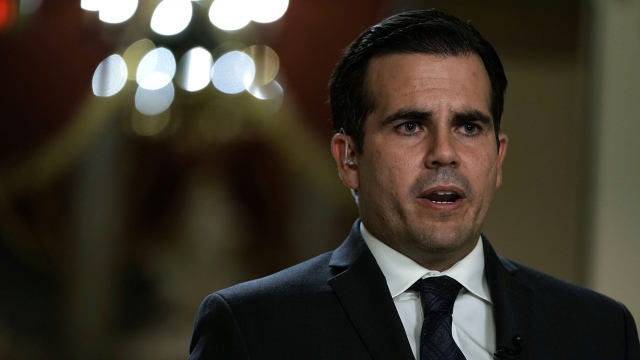 Puerto Rico's Justice Department has issued search warrants to some government officials involved in vulgar group chats with the governor.

The territory has been dealing with mass protests since Puerto Rico's Center for Investigative Journalism published offensive private messages between Puerto Rico Gov. Ricardo Rosselló and other government officials and aides.

A spokeswoman told CNN the department issued summonses last week ordering certain officials to turn their cellphones over to investigators.

On Sunday, Rosselló announced he would not seek re-election in 2020 and that he'd step down as the president of the New Progressive Party. But he has not said he'll resign as governor, which is what protesters are calling for.

The leaked messages were a tipping point for many Puerto Ricans, but the demonstrations aren't just about the texting scandal. Puerto Rico's dealing with a massive debt crisis and a struggling economy. Hurricane Maria, which devastated the island in 2017, only made matters worse. Now, Puerto Ricans are pushing for change, and they say they won't rest until the governor steps down.