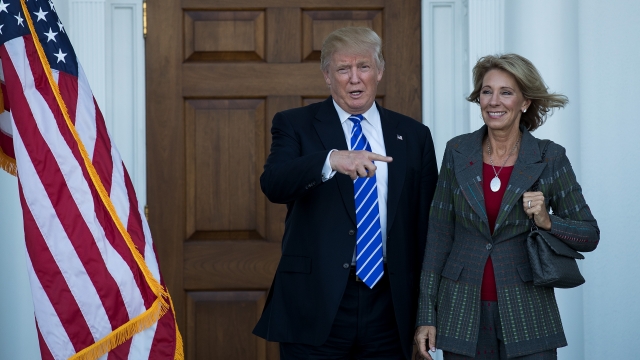 Betsy DeVos hasn't worked as a teacher or attended public schools, but she's a major player in the "school choice" movement.

She advocates for school vouchers. That's a system that gives students taxpayer funds to go to private and religious schools.

The largest teachers union, National Education Association, is against DeVos.

"Instead of saying let's make every public school as good as our best public schools, which are fabulous, they say let's take public school dollars and give them to private schools or put them in corporate franchise, for-profit charter schools," said Lily Eskelsen García, president of NEA.

A widely shared open letter to DeVos from a former public school teacher says this: "You haven’t ever attended or sent your children to a public school, yet you seem to have some pretty strong opinions about them."

"The system is broken, and too many children are missing out, and school choice is the pathway for many children to get the education they deserve," DeVos said at the 2016 American Federation for Children Policy Summit.