Public Officials Are Bracing For A Serious Flu Season 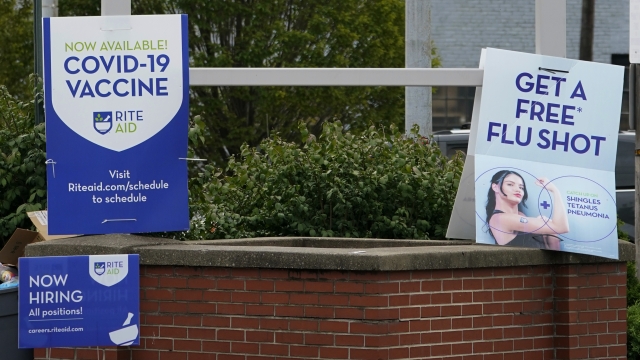 Health officials across the country said it’s all hands on deck as they work to address rising cases of influenza, while juggling RSV cases.

After a break from the flu season during the COVID-19 pandemic, health officials say it’s back with a vengeance.

"Public health officials are bracing for what could be a very serious flu season," said Kevin Hall, the spokesperson for the Lexington-Fayette Department of Health.

Health officials across the country said it’s all hands on deck as they work to address rising cases of influenza, while juggling soaring cases of the respiratory virus RSV among children and new cases of COVID-19.

"They left daycare today for RSV and the flu going around so I had to leave work early to walk to go pick them up," Theresa Henning, a mother.

Parents are having to pick their children up from daycare and school, as school districts report outbreaks of illnesses with flu-like symptoms and families are feeling a strain at home.

"It gets difficult since I'm the one doing it by myself, so I get no sick days. But I do everything I can to make sure my kids are taken care of when they're sick. They have Tylenol, ibuprofen, cough syrup," said Henning.

Some school districts in Alabama, Virginia and North Carolina have begun switching to remote learning and canceling after school activities in an effort to sanitize classrooms and contain the spread.

Medical experts say the break in flu and respiratory illness hospitalizations brought on by COVID is over, with hospitals already seeing a big change.

The CDC said so far states like Texas, Georgia, South Carolina, Tennessee and New York are being hit the hardest with flu cases. Meanwhile, the Walgreens flu index is now reporting that as of October 15 "overall flu activity is more than 10 times higher nationwide compared to the 2021-2022 flu season."

Doctors are now doubling down on their efforts to convince people to get the flu shot.

"The fact that flu hasn't been here for a couple of years really has changed the, sort of the population immunity to flu. You know, not only that overall we just haven't been exposed to as much so the population immunity has dropped, but we've got kids who are now. I don't know, two years older getting their first exposure to flu than typical," said Dr. Richard Webby, a doctor at St. Jude Children's Research Hospital.

The CDC recommends that everyone six months or older get a flu shot by the end of this month — especially if you want to lower the risk of being hit with multiple illnesses.

"It’s possible to have flu and RSV at the same time, and you know of course, having both at the same time would really make a more complicated situation. So, it is beneficial to get the flu shot for the season," said Webby.