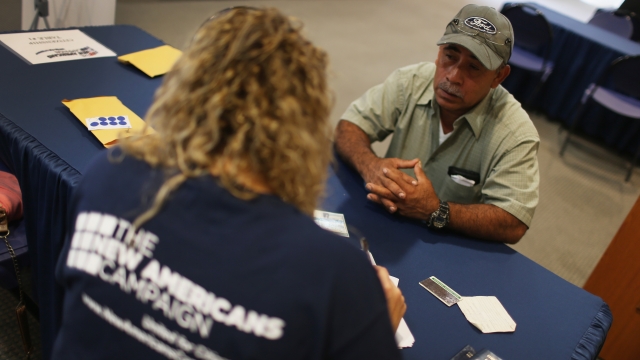 SMS
'Public Charge' Rule Temporarily Postponed As Litigation Continues
By LeeAnne Lowry
By LeeAnne Lowry
October 12, 2019
The rule would expand the definition of a "public charge," or a person who relies on government aid, such as cash assistance or food stamps.
SHOW TRANSCRIPT

The Trump administration proposed the plan last October, and then issued the final rule in August. The plan — which was set to take effect Oct. 15 — would expand the definition of a "public charge," or a person who relies on government aid, such as cash assistance, food stamps, public housing or most forms of Medicaid.

Under the rule, a person could be denied a green card work permit or an immigration visa if they use one or more designated public benefits for more than 12 months in any three-year period.

Twenty-one states and D.C. filed lawsuits against the impending regulations. On Friday, judges in New York, California and Washington postponed the plan's start date pending formal court decisions. The judge in New York wrote that he sided with the plaintiffs request for preliminary injunction because they would "suffer irreparable harm" if the rule went into effect.