Researchers Think Psychedelic Drugs Might Do More Than Get You High 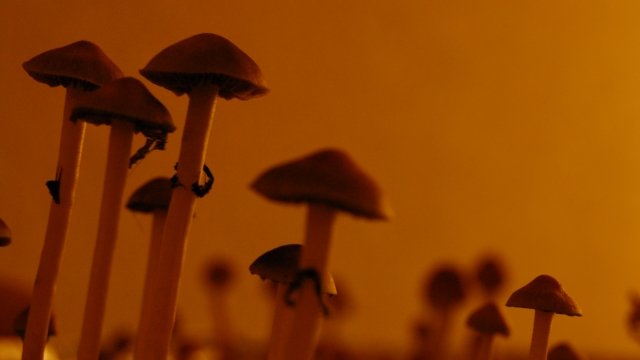 What do ecstasy, magic mushrooms and LSD all have in common? They could all be useful in treating mental illness.

There's a growing trend toward researching psychedelics as possible treatments for depression, anxiety and even PTSD.

Usually, those treatments come in the form of self-medicating microdoses of LSD or mushrooms. These tiny doses aren't enough to trip on, but they supposedly give your brain a boost.

There's not a whole lot in the way of research about microdosing, but a few research projects are in the works, and some people swear by it. 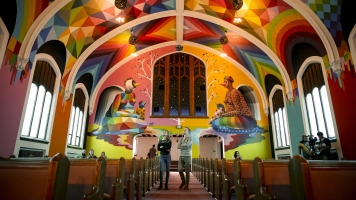 In Denver, There's A Church For Marijuana

Because the drugs are illegal, those that microdose have to find them themselves. That always presents a degree of danger because of the risk of impurities. Participants in at least one microdosing study have to find their own drugs.

And while there's little research on the microdosing front, other research on psychedelics seem to bear out the idea that the drugs have some therapeutic function.

A growing body of work shows psilocybin — the "magic" ingredient in magic mushrooms — can be used to fight treatment-resistant depression and anxiety.

The effect might come from the fact that psilocybin seems to reduce brain activity, or reboot the brain all together.

And last year the Food and Drug Administration approved a drug trial to see if ecstasy was effective for treating PTSD. Earlier studies had promising results.

If the trial is successful, the FDA could approve MDMA as a prescription drug meant to treat PTSD.

It's worth remembering these are only small trials so far. Most evidence for microdosing is just anecdotal, and we've got a long way to go before your doctor will write you a prescription for mushrooms.