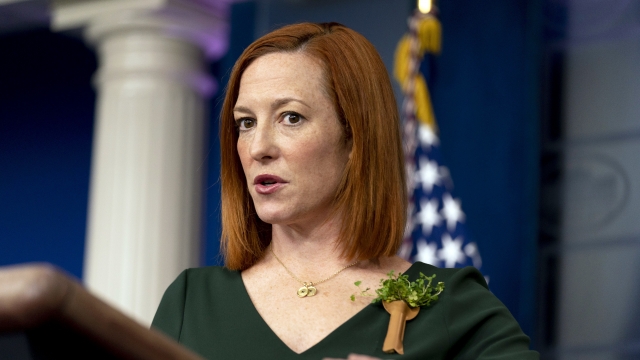 "I think there's no question that some of the damaging rhetoric that we saw during the prior administration, calling COVID the Wuhan Virus or other things, have led to perceptions of the Asian-American community that are inaccurate, unfair," said Psaki. "It has elevated threats against Asian-Americans."

In response to the shootings in the Atlanta area the New York Police Department has stepped up patrols in some of the city's neighborhoods that have a large Asian population. A team walked through New York's Chinatown talking to members of the community and handing out flyers.

The NYPD reported an increase in hate crimes against Asian Americans over the past year.